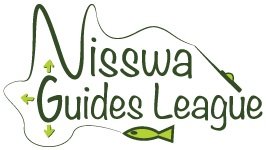 Read through our Guide’s Bio’s to get a feel for each one and you can either choose the guide you would like to take you out or give us a call and we can help you choose the best fit for you and the dates you are looking for. All of our guides are very experienced and this is a passion for them. We all cannot wait to go on an adventure with you! 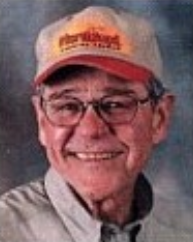 Marv was born and raised in the small farming community of Urbank, MN. He got started in his favorite sport by going bullhead fishing with his dad, who raised minnows for his bait business and was pleased to hear that his son was going to be in the business as well. In the Spring of 1961, Marv and his wife Judy, started Koep’s Bait Shop along highway 371 in Nisswa and stayed at that location for 31 years. With their final decision and the push of the Linder brothers, the Nisswa Guides League was formed. Marv has three kids, Shelly, Kevin and Wendy that were all involved in fishing and the entire family is made up of wonderful anglers. Marv has now lived in the Brainerd Lakes Area for over 50 years and has achieved legendary guide status for fishing! He is a member of the National Freshwater Fishing Hall of Fame and the Minnesota Fishing Hall of Fame. He enjoys walleye fishing and especially likes the company of his wife and family while out on the lakes. His favorite method of fishing is back trolling and he loves to take families and elderly out for a fun day of fishing. Marv has been guiding for over 40 years, the longest out of the Nisswa Guides League and beyond his years of experience he has a true love for the sport and never gets tired of trying his luck on the lakes. 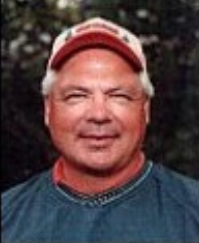 We are sad to announce that Glen entered into rest on April 19, 2022. To read more click here…

Glen was a retired mathematics teacher from the Brainerd School District having spent over three decades working with middle school and high school kids. He has also spent almost 40 years as a member of the Nisswa Guides League with over 6,000 guided fishing trips to his credit. October is his favorite time of year with walleyes and crappies the main target species.

Glen begins his guide business soon after ice-out in the spring and continues thru the middle of November. People have always been the most enjoyable part of this job.  Also, fishing with our two daughters, son and son-in-law, and someday our new granddaughter will always be a highlight of the season. 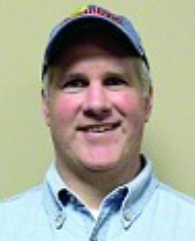 Jon has been fishing for over 40 years and has been a fishing guide for over half of this time, getting started in the wilderness of Alaska on the World Famous Kenai River in 1988. He has fished all over but the Brainerd Lakes are truly his home. Jon has been a member of the Nisswa Guides League for over twenty years and feels that the tradition and professionalism that this group of fishermen have is truly remarkable. He likes to fish for all species from panfish to musky and especially enjoys the smiles when someone old or young catches that big fish. Jon and his wife, Kim, have their oldest son, Will and boy/girl twins, Joe and Lauren. Jon is also a graduate of the University of Minnesota and a big Golden Gopher fan. He is a middle school teacher for the Brainerd school system and really enjoys working with kids. When Jon isn’t out fishing you can usually catch him doing some kind of sport or almost anything outdoors. 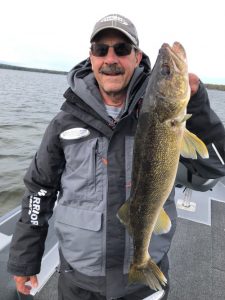 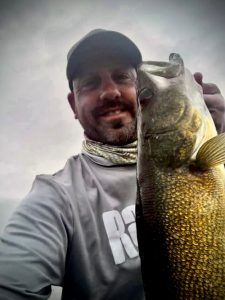 Nate is a veteran Brainerd Area fishing guide and recognized walleye tournament angler. He has been guiding guests for all of 20 years. He is a multispecies guide who excels at catching walleyes but also enjoys catching panfish, bass, and pike. Nate is able to adapt his guide trips to the desires of his customers whether that be beginners or diehard anglers. His goal as a guide is to put smiles on clients’ faces and to go the extra mile to ensure success for his customers. 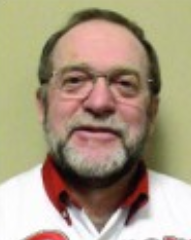 Lenny, his wife Sally and his family have lived in the Nisswa area since 1970 and he has been guiding since 1973. Up until retiring in 2004 Lenny taught elementary education in the Brainerd Public School System. The combination of teaching and guiding in the summer months was a great match and since retiring from teaching he is able to guide May through October. Although he fishes all species his favorites would be either Bass or Walleye. Lenny especially enjoys meeting and fishing with new people and fishing with young people is always an interesting experience. Catching numbers of fish is always the goal but the main point is for everyone to have an enjoyable time. 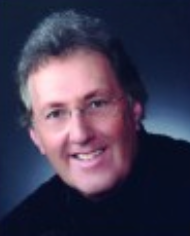 Ray was born in Pine River, and he has lived in the Brainerd area for most of his life. Ray worked for 8 years in the restaurant field in the Brainerd Lakes area, as well as the paper mill for 4 years. Ray has worked for 33 years as an educator; six years as an elementary teacher, and 27 years as a college administrator in Staples and Brainerd, retiring in 2004 as a Vice President of Central Lakes College. Ray has also preformed as a musician, been a commercial beekeeper, and was a co-owner of a nursery business specializing in landscape products. In 2005, Ray published “Legends & Legacies”, a History of the Nisswa Guides League”, as well as writing freelance outdoor articles for newspapers.

Ray contributes his love for fishing to his grandfather, at age 2 Ray and his grandfather would fish on the Pine River using a cane pole with worms and grasshoppers for bait. Ray likes to fish most fresh water species from muskies to catfish, and he fishes all season long. Ray has been married to his wife, Gwynne, for 30 years and they have one daughter, Melissa. Melissa and her husband, Mitchell, are the proud parents of Ray’s two grandchildren. 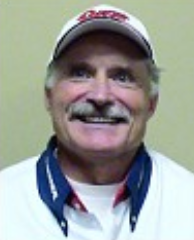 Hank was born and raised in Minneapolis, MN and had an adventurous childhood growing up in the metro area. In his teen years he spent time on his uncle’s farm in Eagle Bend, MN where he fine-tuned his appreciation for the great outdoors. After graduating from Southwest High School he enlisted in the Navy. The Navy was a memorable experience for Hank; he was a combat swimmer in Helicopter Squadron HC-7, serving in Vietnam, Japan, Korea and the Philippines. Three months after returning home from Vietnam, Hank was on his Harley Davidson and was hit by a drunk driver leaving him paralyzed from the waist down. After four months of rehab at the Veterans Hospital in Minneapolis, Hank went on to get his degree at Normandale Community College and also attended St. Cloud State University. Hank got started fishing when he was about 5 years old at his Grandmother’s resort near Garrison, MN.  He remembers spending time fishing off the dock where he caught his first of many perch.

Hank has lived in Brainerd for nearly 40 years now and was invited by Marv Koep to join the Nisswa Guide’s League in 1976. He is a current Board Member and Fishing Guide for the Brainerd Lakes Area Chapter of Fishing Has No Boundaries, an organization providing fishing opportunities for disabled anglers.  Hank remains the only paraplegic Professional Fishing Guide in Minnesota.  Hank is also on the Pit Crew for the Jim Head Top Fuel Funny Car Team (NHRA). Hank is an accomplished athlete who has won over 50 medals since 2000, (mostly Gold, a few Silver and Bronze) in the National Veterans Wheelchair Games in Archery, Field, and Shooting events.  Hank’s always positive personality and unbounded enthusiasm and energy are ever apparent as an avid game hunter and community volunteer for such organizations as Trolling for the Troops, Outdoors With Heros, and the Camp Ripley deer/turkey hunts.  Hank’s biggest fans are his son Colt and the love of his life, Sandy.  Hank has a passion, drive, and knack for catching all species of fish in the Brainerd Lakes Area . 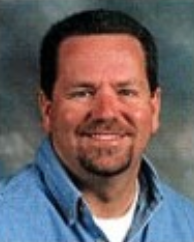 Lee has lived in the Brainerd Lakes Area most of his life and started out fishing at a very young age off of their family dock on White Sand Lake. When Lee was 3 years old he spent many hours by himself at the end of his dock and his mom didn’t even let him use a hook on the end of his line. He didn’t even know the difference until the neighbor boy asked him why he didn’t have a hook. Lee went on to graduate from Brainerd High School and then to attend Central Lakes College, St. Johns University, and Bemidji State University. Lee worked for many years as a bartender at a local establishment near Gull Lake and kept a busy schedule with guiding full time. Lee now works as Manager in the Fishing Department at Reeds Outdoor Outfitters in Baxter. Lee is very committed to his job at Reeds, but he is capable of still guiding many fishing trips. Guiding has played a role in his life for over 15 years, where he started out guiding exclusively at resorts and then joined in with the Nisswa Guides League in 1998. Lee fished for two years on the MTT (Minnesota Tournament Trail) and placed in other local tournaments. He has also fished in numerous bass tournaments. Lee’s wife, Kathy, is a school teacher and they have two girls, Kaylie and Hannah. 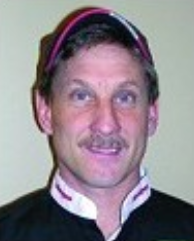 Steve was born and raised in the Brainerd area and fishing has always played a role in his life. Steve is one of four Collette brothers who have guided full time as a Nisswa guide in the past. Steve has guided with the Nisswa Guides League since 1976 and prefers to fish walleye, mainly because they please customers, however he chases any kind of fish in the area. He sincerely enjoys having customers catch fish and helping them land their catch. Steve has always said his favorite job is netting fish and baiting hooks. He lives in East Gull Lake with his wife, Cherri, and eight children. Steve runs his own construction company when he isn’t fishing.

Nisswa Guides League provides you with some of the best fishing guides in the Brainerd Lakes Area with over 300 years of guiding experience. Since beginning in the 1960’s, the Nisswa Guides League has had over 60,000 successful guided fishing trips and last year alone spent over 3,000 hours on the water. The Nisswa Guides are knowledgeable about a wide variety of fish ranging from Bass, Northern, Musky, Panfish and especially Minnesota’s popular Walleye!

Send Us An Email
info@nisswaguides.com